Foundation for Family Businesses survey: even large-scale tax breaks do not offset the disadvantages of Brexit.

The UK will become significantly less attractive to family-owned businesses after Brexit, even with a further cut in the rate of corporation tax in the UK. This is the finding from a survey of 1,250 companies conducted by the ifo Institute between April and July on behalf of the Foundation for Family Businesses.

According to the survey, 26.5 percent of the family-owned businesses surveyed with commercial links to the UK answered “No” to whether British tax reforms and reductions can offset the potential disadvantages of Brexit. The share who responded negatively was as high as 37.1 percent among large companies with more than 250 employees. Only 10.8 percent of the family-owned businesses surveyed said they thought tax reform could make up for Brexit’s disadvantages, with the figure at 14.7 percent of companies employing more than 250 people.

Brexit marks a break in the economic relationship between the UK and Germany. In addition to the uncertainty about forthcoming trade relations, family-owned businesses are particularly concerned about which rules will apply to Great Britain in the future.

“For family-owned businesses, the legal uncertainty ahead of Brexit is an enormous problem that cannot be solved by lower taxes in the UK,” says Prof. Rainer Kirchdörfer, Executive Board member of the Foundation for Family Businesses.

For example, owners of German family-owned businesses who live in the UK may be faced with the imposition of exit taxation if the UK becomes a third country. Unless they returned to Germany, shareholders living in the UK would be forced either to withdraw money from the company or to divest their shares. Background information: In the event that a limited company relocates to a third country (outside the EU), the hidden reserves present in its shares must be released and taxed as profit. The notion behind this is that the shares are being sold. When moving within the European Union, the tax is deferred.

Furthermore, family businesses need a statutory regulation that continues to take account of jobs created in the United Kingdom in connection with exemptions applicable to some business assets under inheritance and gift tax. Under the law as it stands, relief from inheritance tax depends on whether company jobs are protected in the long term – and these include jobs in other EU Member States.

In addition to the negotiators in Brussels and London, the German government is therefore also called upon to create clarity. As Kirchdörfer puts forward: “Brexit will burden the economies in Germany as well as in Great Britain. German lawmakers should do everything in their power to avoid unnecessary hardship. Passing a law to eliminate any hardship that may arise is needed to create clarity that family-owned businesses are not disadvantaged by Brexit.”

Over 90 percent of all companies in Germany are family-owned. The purpose of the Foundation for Family Businesses, a non-profit organisation, is to preserve the country’s family-business landscape. The foundation is the most important promoter of scientific research in this field and first port of call for politicians and the media in matters related to economic policy, legislation and taxation. Established in 2001, the foundation is already supported by more than 500 companies that are among the largest enterprises of their kind in Germany.

Please only answer if you do business in the UK or plan to establish commercial links in the UK: Can British tax reforms and reductions offset the potential disadvantages of Brexit for you as a German company?

a) All valid responses from the overall sample 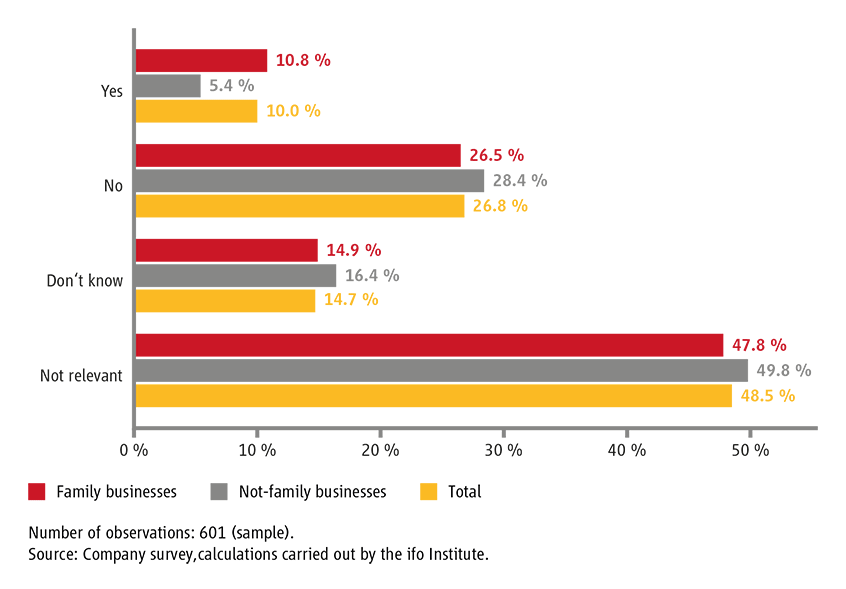 b) Large companies with more than 250 employees 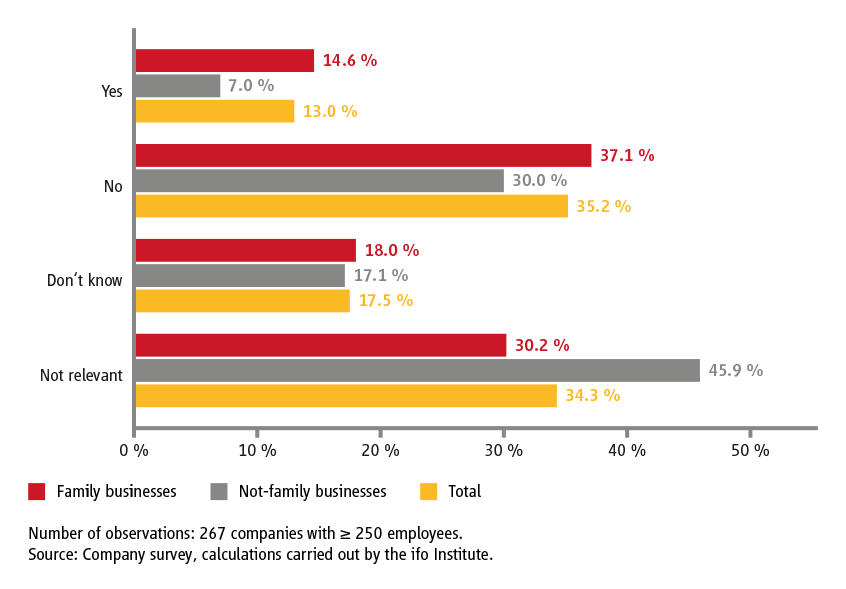 c) International vs. companies doing business in Germany only