Nine out of ten companies call for a greater commitment to global competitiveness from the European Union.

German companies are asking the European Union to improve business conditions in the economic region. Eighty-six percent of the survey respondents from a representative sample of companies comprising all size classes and industries stated that the EU needed to do more to boost the EU’s global competitiveness. That figure even rises to more than 95 percent among Germany’s 500 largest family businesses. New communitised sources of money and social transfers are met with scepticism among German companies.

These are the findings of the “Annual Monitor of the Foundation for Family Businesses”, the largest comparative survey of family and non-family businesses in Germany, which is regularly conducted as a representative survey by ifo Institut on behalf of the foundation. A total of 1,431 companies participated.

“The mandate for action for the new EU Commission under the leadership of Ursula von der Leyen is clear: The EU as an economic centre must be strengthened,” says Rainer Kirchdörfer, Executive Board member at the Foundation for Family Businesses, adding: “In recent years this focus has been lost due to the impact of refugee and monetary crises. But the world continues to move forward and other economies are overtaking us. Only a competitive EU with strong, agile companies can keep up with other nations over the long term. Creating favourable conditions for our companies is the best contribution to employment, innovation and future investments and thus also to social and political stability in Europe.”

Numerous economic reforms announced by von der Leyen in her “policy guidelines” were viewed with scepticism by the surveyed companies. The number of those rejecting a European unemployment insurance in the form of a reinsurance (49.4 percent), a European minimum wage (46.2 percent), a joint deposit insurance scheme (41.9 percent) and a eurozone budget (36 percent) in part significantly exceeded the number of those in favour. Companies do, however, welcome tax law harmonisation in the context of a common consolidated corporate tax base that would likely lead to a reduction in tax law bureaucracy.

“Large German family businesses stand by Europe,” Kirchdörfer says. “A European Union capable of taking action is more important than ever, especially in light of the geopolitical risks and concerns about the continuing development of the global economy. The Annual Monitor makes it clear that family businesses are ready and interested in speaking with European political leaders about how political aims can be reached.”

Kirchdörfer named tax policies as an example. “The survey shows that companies support the fight against tax evasion, but they are also counting on maximum international cooperation,” Kirchdörfer says. “We should therefore make use of the instruments agreed within the OECD and G20 instead of putting our companies at a competitive disadvantage as a result of Europe acting alone. Sometimes the details are decisive. Confidential exchange of tax data among the responsible European authorities might still be viable, but public country-by-country reporting definitely weakens the competitiveness of the EU.”

Question: From your company’s point of view, what level of commitment should the EU make to the following areas during the new legislative period? 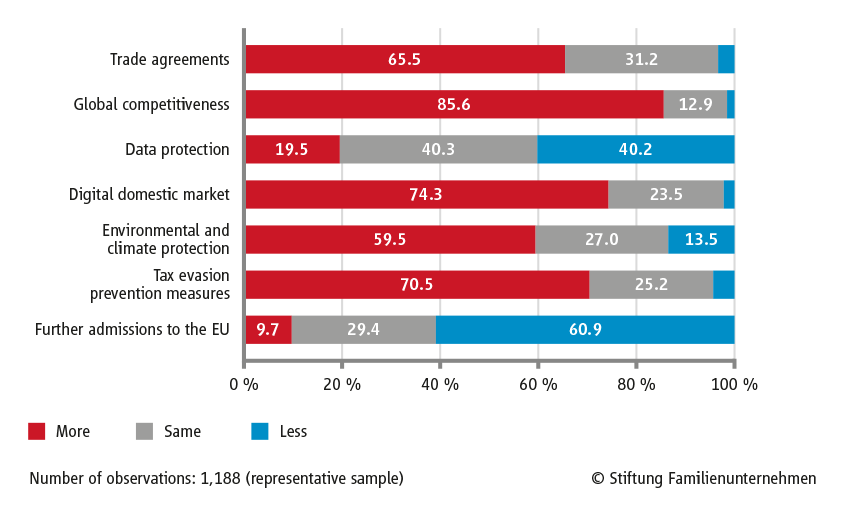 Question: From your company’s point of view, how would you assess the following proposed reforms and/or objectives on the European level? 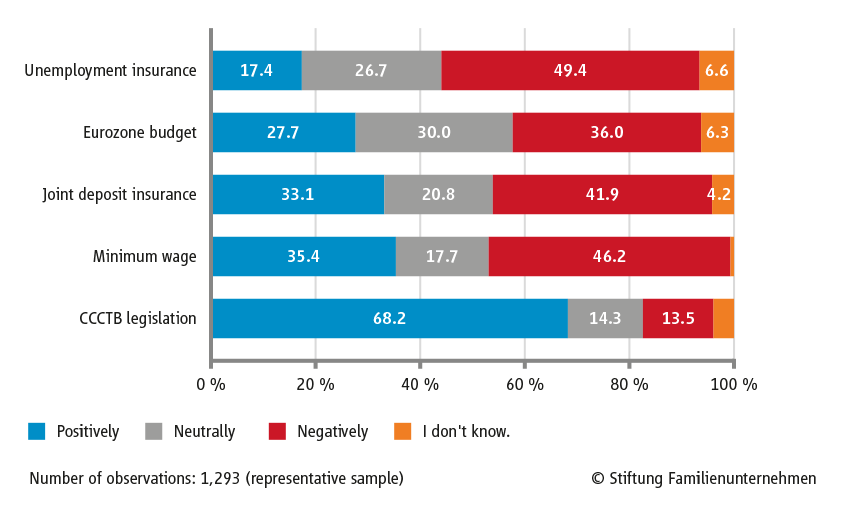 Question: How would you assess the results achieved so far by the European Union in the following areas? 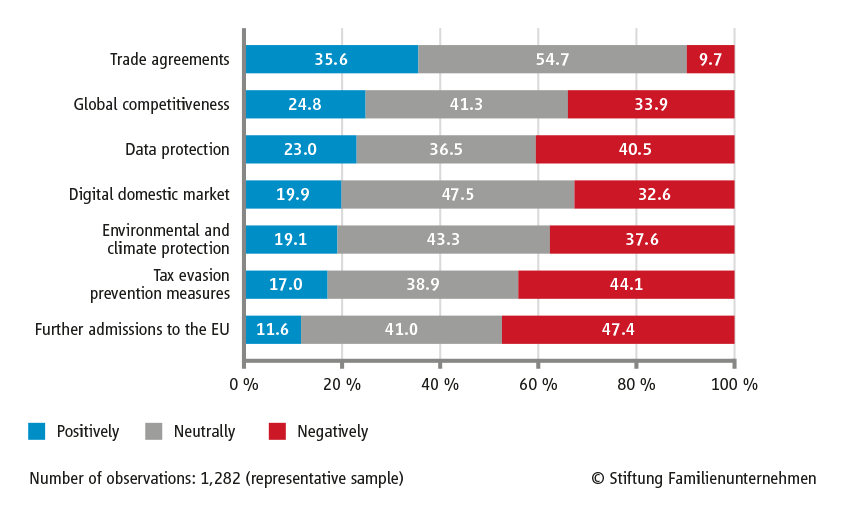