Irrespective of political tensions and concerns about democracy and the rule of law, recent years have seen Turkey, Russia and China expand their attractiveness as business locations. This was one conclusion of the “Länderindex Familienunternehmen – Emerging Markets” (“Country Index for Family Businesses – Emerging Markets”), a study which the Leibniz Centre for European Economic Research (ZEW) carried out for the Foundation for Family Businesses. The study ranks Russia in first place, followed by Turkey and China.

Objectively measurable data on locational factors from internationally recognised institutions was used for the study’s analyses. One index weighted in accordance with the needs of family companies is the attractiveness of a location for business. For the first time in this study, high levels of CO2 emissions were assessed as a locational risk. The data offers no conclusions about political developments. Nevertheless, it is clear that deficiencies in democracy and the rule of law will be detrimental to business locations over the long term.

“Many emerging economies have made great efforts in recent years to become more competitive. It is in their own interests to ensure that their progress in business conditions also harmonises with democratic values, human rights and the rule of law”, says Prof. Rainer Kirchdörfer, Executive Board member of the Foundation for Family Businesses. “That creates the best foundation for stable business relationships.”

Russia was able to expand its position as the most attractive business location among the most important emerging markets. Family businesses there have access to well-trained workers and systems governing taxation, regulation and energy costs are favourable. However, Russia’s greatest weakness as a location continues to be its institutions, whose autocratic tendencies result in the country being rated second worst in this category. Russia also rates poorly when it comes to the rule of law and property rights.

The situation is similar in Turkey, which has done a great deal in recent years to become more attractive for investors and local family businesses. Turkey’s tax regulations are favourable and it features both a liberal regulatory environment and well-trained workers. Yet as in Russia, institutional conditions are Turkey’s greatest weakness.

China has likewise improved its competitiveness. China’s leaders take rigorous action when it comes to crime and corruption, and financing conditions are good. The clearest locational weakness here is the labour market: Wages are high in China, but its productivity is comparatively low, and there are deficits in the educational levels of its workers.

South Africa registered the most negative development. “This is the lingering result of the nine years of Jacob Zuma’s presidency, which lasted until early 2018. It severely compromised the trust of international investors in South Africa,” says Prof. Friedrich Heinemann, research area head at the Centre for European Economic Research (ZEW) and author of the study. South Africa’s point values sank significantly in three of seven areas considered in the Country Index. At the bottom of the list is Brazil. Its greatest weaknesses are its comparatively restrictive regulatory environment and its inadequate infrastructure.

The study reveals that countries such as Russia and Turkey have high potential for intensifying their business relationships with the European Union. An end to the political tensions would have positive economic and political consequences. Both sides would profit from more intensive economic relationships, and the EU would be able to appear more strongly as an advocate for human rights, the rule of law and democracy.

The “Country Index for Family Businesses – Emerging Markets” also highlights the need for reforms in Germany. According to the study, “competition in the emerging economies is increasing steadily when it comes to attracting family businesses to establish facilities there.” The regulatory environment is developing in a business-friendly direction and state control of the markets is generally declining. This poses a remarkable contrast to the strongly increasing tendency in German economic policy to regulate and intervene.”

The study delivers German politicians a clear mandate for action: “The emerging markets have been working intensively for years to improve their situation as business locations. That should be a wake-up call for Germany,” says Kirchdörfer. “We need a new pace in our reforms. Otherwise, Germany risks being left behind in international competition for business locations.” In the “Country Index for Family Businesses”, which compares 21 industrialised countries, German recently fell four places to rank 16th. 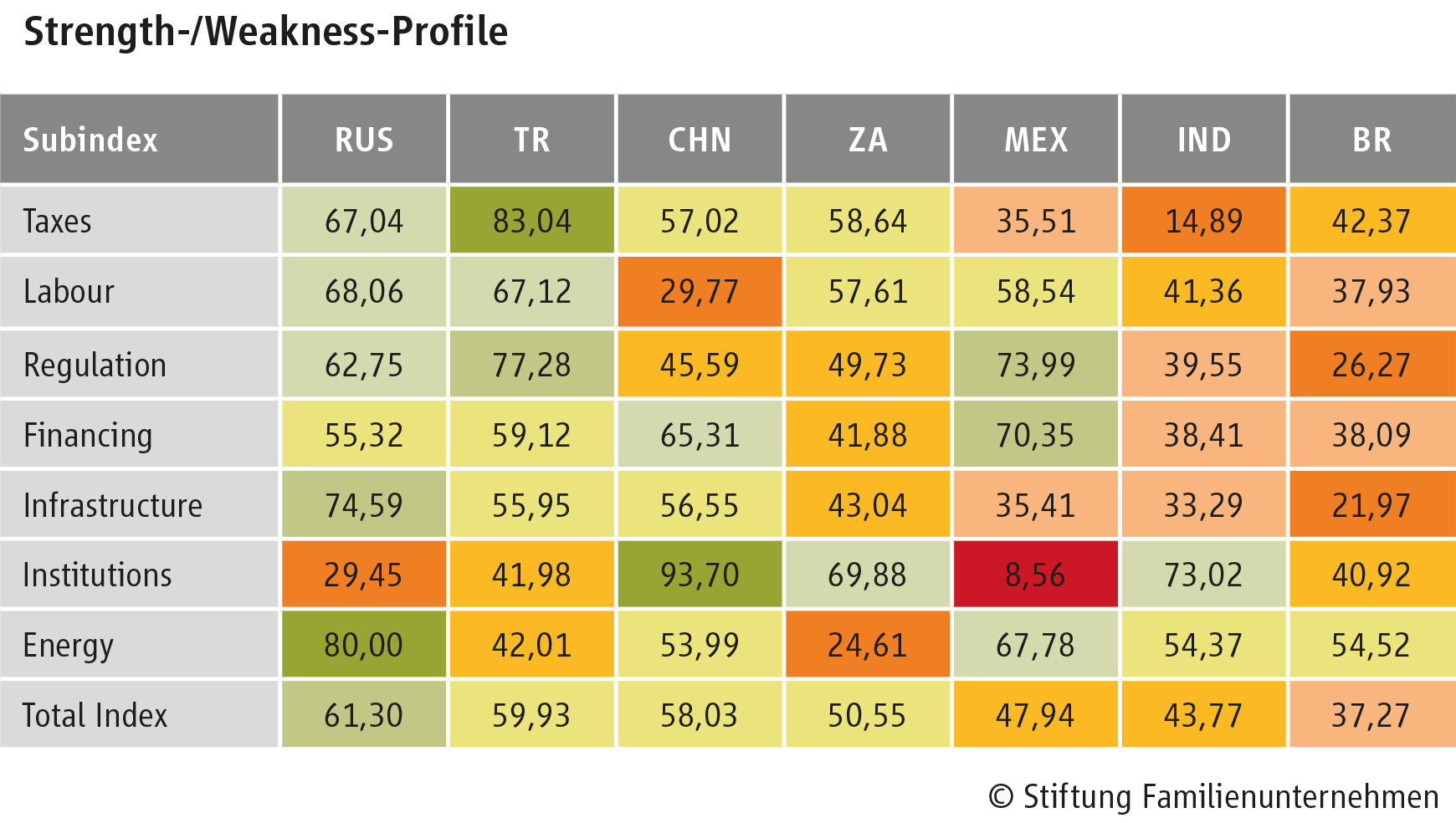