How family businesses make a contribution to society and the state

Family businesses are the most widespread type of company in Germany: more than 90 percent of all companies in Germany are family-owned. They account for 58 percent of all jobs and are a stabilising factor for the employment market in times of economic downturn. These are the results of studies commissioned by the Foundation for Family Businesses.

A high number of large family businesses with international operations is a hallmark of the German economy: 33 percent of all companies with 250–499 employees, and 31 percent of those with more than 500 employees, are family businesses. Many of them are international market leaders in their particular technological niches, e.g. in the mechanical engineering and automotive industries. 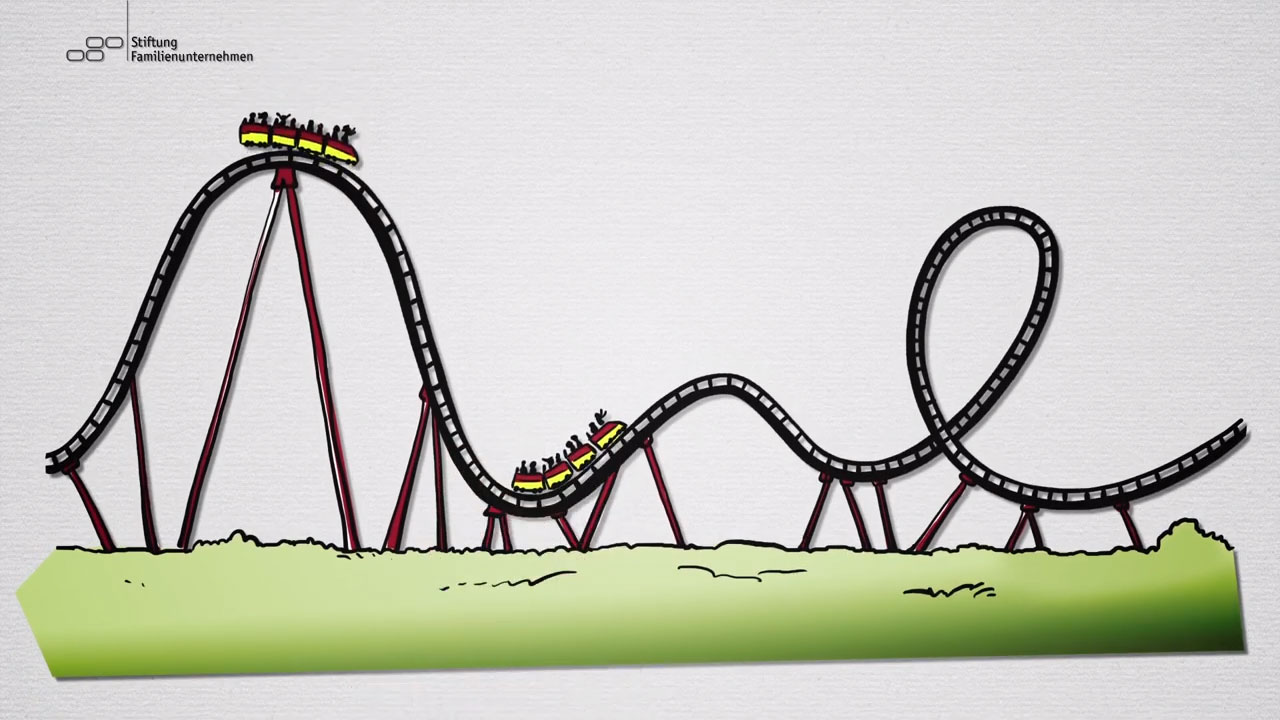 When you click on this video, a connection to the YouTube server is established and data may be transferred.
For more than a decade now, the Foundation for Family Businesses has regularly commissioned the Centre for European Economic Research (ZEW) and the Institute for SME research and entrepreneurship in Mannheim (ifm) to conduct studies on the economic importance of German family businesses. Our short film summarises the key statistics, such as the share of the workforce and revenues accounted for by family businesses.


Listed companies meet the definition of a family business if the person(s) who established or
acquired the company (share capital) or their families or descendants hold at least 25 per cent
of the decision-making rights mandated by their share capital.

This definition includes family companies which have not yet gone through the first generational
transfer. It also covers sole proprietors and the self-employed (provided there is a legal entity
which can be transferred). 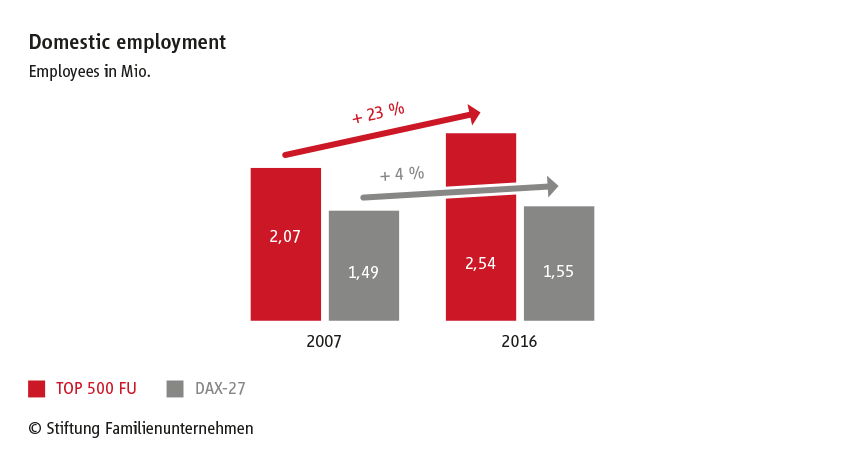 The key results of the study are also shown in our interactive chart (German).