The history of family businesses

The history of family businesses

Economic history is essentially a history of family businesses. After all, they shape our business landscape. But how did this come about? Economic history research reveals that a specific business landscape did not simply develop overnight, but rather emerged over the course of centuries. Against this backdrop, several of the study projects carried out by the Foundation for Family Businesses have examined the historical roots of family businesses – both in Germany and beyond.

The oldest family businesses in Germany

The oldest family businesses – that is, those owned for the longest period of time by one or more affiliated families and continually in operation – are The Coatinc Company Holding GmbH in Siegen that was founded in 1502, William Prym Holding GmbH in Stolberg (1530) and Freiherr von Poschinger Glasmanufaktur e. K. in Frauenau (1568). Nine of the oldest German family businesses have been in family hands for more than 400 years, according to extensive research conducted by the Foundation for Family Businesses.

“Our research shows that family businesses are an inseparable part of our society. They are basically the archetype of business activity.”
Stefan Heidbreder,
Managing Director of the Foundation for Family Businesses

The data underscore how strongly family businesses have shaped economic history in Germany. In the process, they can help us to understand today’s economic policy measures as they relate to the family business landscape and its defining characteristics.

Success stories that evolved over centuries

Our research produced new insights into the corporate histories of some family businesses. For example, a book project in conjunction with the generational transfer of power at The Coatinc Company from Klaus to Paul Niederstein led to an in-depth examination of the company’s history. The owners’ historical research showed that their ancestors had owned a steel smithy in Siegen as far back as 1502. Steel remains a defining element of the group’s business model to this very day.

The history of the oldest family businesses is rich in exciting twists and anecdotes. After the revocation of its guild rights during the Thirty Years’ War owing to its Protestant beliefs, the coppersmith family Prym moved from Aachen to Stolberg, where the company is still domiciled. The Prym Group has around 3,600 employees.

Yet the oldest family businesses not only preserve their traditions, they also keep up with the times, as a look at company histories shows. The family business Merck, which began as a small pharmacy located in Darmstadt, is now one of the leading manufacturers of medicine, life science products and performance materials with nearly 60,000 employees. The bell casting company Rincker GmbH uses three-dimensional printing technology to manufacture small series and prototypes. The former casting foundry Siedle is one of the leading manufacturers of building communications, with a staff over 550 people. The roller manufacturer Felix Böttcher (more than 2,000 employees) originally started in the field of leather handcraft. This shows that even companies which have remained true to their entrepreneurial roots – for instance, J. D. Neuhaus has been manufacturing cranes and lifting systems since 1745 – secure their market positions through the constant pursuit of innovation.

The list of Germany’s oldest industrial family businesses can be downloaded here.

An economic historical comparison between Germany and the United States

The research revealed that the appropriate business landscape in a society emerges only over a long period of time.

“You cannot plan a business landscape on a drawing board. It takes shape over centuries and is always a reflection of the society where it is located. But it is relatively easy to destroy it by imposing the wrong political conditions. The imposition of a draconian inheritance tax since World War II clearly shows this: It sealed the fate of many family companies.”
Professor Rainer Kirchdörfer,
Executive Board member at the Foundation for Family Businesses

The study explains in detail how such totally dissimilar landscapes arose in the United States and Germany. In Germany, artisan traditions and good training have helped family companies to develop a high level of technical expertise. By contrast, the United States is traditionally viewed as a country of opportunities where individuals frequently try to start their own business – and then sell them at some point during their lives. From the very beginning, the constant stream of immigrants and the wide expanses of the country itself have facilitated a high level of mobility and created many opportunities to start companies. Even today, the start-up mentality is stronger there than in Germany. At the same time, companies that have been run by families for generations are seen less frequently.

Family businesses in the USA and Germany 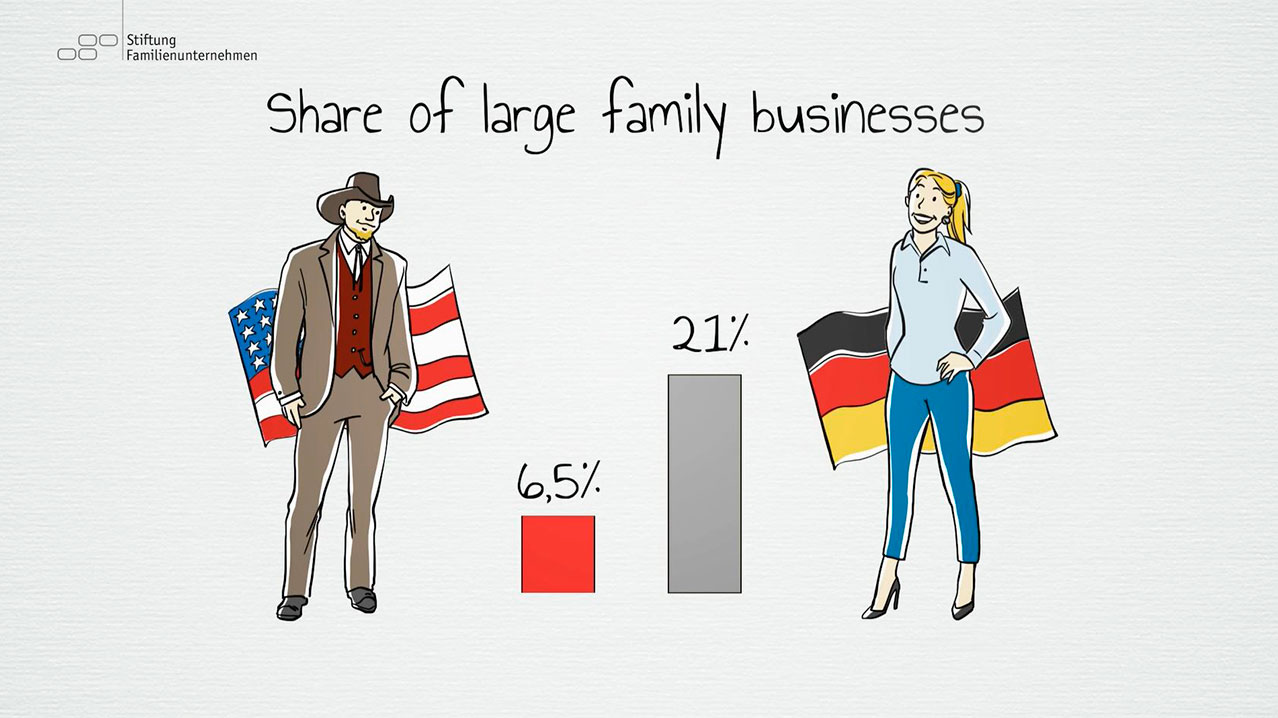 When you click on this video, a connection to the YouTube server is established and data may be transferred.
In Germany and the United States, family businesses are cornerstones of the two countries’ respective economies. Nevertheless, there are differences. This video published by the Foundation for Family Businesses explains how both business landscapes were able to evolve. 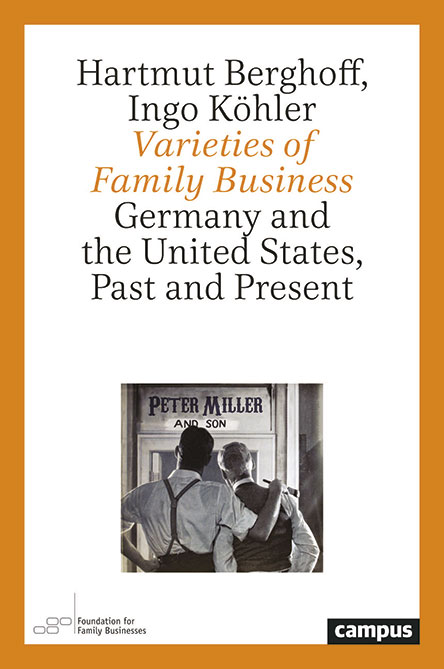 The book was released in December in Germany by Campus-Verlag.

Companies on both sides of the Atlantic have reacted in different ways to individual market conditions. German companies focus on the export of high-quality technical products as a result of their higher level of cross-generational expertise and the country’s relatively small sales market. By contrast, the United States prefers to concentrate on its huge domestic market and mass production like that developed by Henry Ford.

Political factors play a role as well. For decades, German policies actively promoted small and medium-sized enterprises. These policies were designed to offset the shortcomings of the capital market. On the other hand, the United States has only half heartedly promoted small and medium-sized enterprises. Because the role of bank loans was smaller in the United States, many companies raised capital on stock markets. Tax issues played a key role as well. Following World War II, the United States introduced a high inheritance tax with a top rate of 77 percent, a level that the study described as taking on “confiscatory characteristics.” This tax rate encouraged many family businesses to “sell off their companies and switch to other asset classes”, the study said. “Massive amounts” of liquidity were taken from companies, it added.

The differences between the business landscapes are also deeply rooted in cultural and social terms. “In Germany, the ties between families and their companies remained closer,” the study found. “This was a function of the strong individualism and greater social mobility in the United States, but also the lower importance that American business owners generally attached to long-term thinking or the desire to leave something behind for their children.” 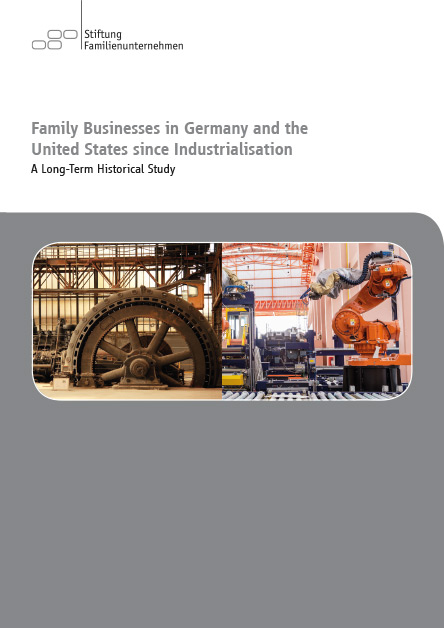 Study: "Family Businesses in Germany and the United States since Industrialisation”"