When we talk about “the economy”, we should always include family businesses – because what many people do not know is that they account for 91 percent of companies in Germany. They include small and medium-sized enterprises, but also nearly 200 companies with sales worth billions of euros. This mixture of large and small, regionally rooted and internationally oriented family businesses gives Germany its distinctive economic structure, and the diverse landscape of family entrepreneurs is one of the reasons for the strength of the German economy.

The majority of jobs in Germany are to be found in family businesses, which have a stabilising impact when the economy hits choppy waters. This was evident recently during the financial and euro crisis: from 2006 to 2014, the 500 largest family businesses increased the number of people they employed in Germany by 19 percent. Non-family-controlled Dax companies increased their headcounts by just 2 percent over the same period. This was the finding of a study on “The Economic Significance of Family Businesses” commissioned by the Foundation for Family Businesses and jointly prepared by the Centre for European Economic Research (ZEW) and the Institute for SME Research (ifm). “These businesses are therefore perceived, usually rightly, as stable family property in patient hands,” said Prof. Brun-Hagen Hennerkes, Chairman of the Foundation for Family Businesses. 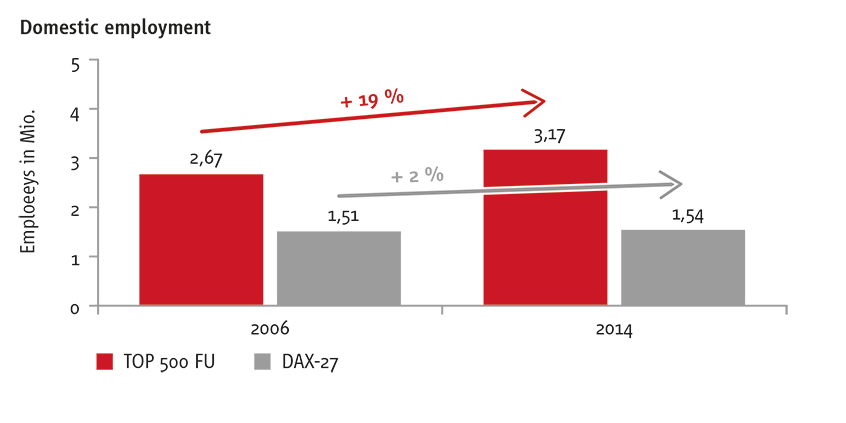 Prepared for the long term: Family companies plan for resilience in crises

In forestry, for instance, the principle of sustainability is centuries old. Only by preserving the balance of felling and planting trees can a healthy, productive forest be ensured long-term for future generations. Family entrepreneurs have internalised this principle because they want their children and grandchildren to inherit a business that is in good shape. Unlike stock corporations whose shares are free floating, family businesses invest their own money. The long-term impact of their actions is thus a major consideration for them. This is also why family-controlled businesses are demonstrably better at withstanding crises.

Family businesses are important to local economies especially in rural areas. Here, there is often a shortage of work and training positions, as large corporations tend to create jobs in the major urban centres. Traditional family businesses, in contrast, remain loyal to their home locations even when they have long become global players. Examples include the screw manufacturer Würth, based in Künzelsau, east of Heilbronn, or the biotechnology firm KWS Saat from Einbeck in Lower Saxony. Large family businesses are concentrated not only in Baden-Württemberg and Bavaria, but also in North Rhine-Westphalia.

Family businesses especially in rural areas often have to work hard to be perceived as attractive employers by potential staff from outside the region. And they are succeeding, according to a survey prepared by the Technical University of Munich and commissioned by the Foundation for Family Businesses. In nine of the 14 criteria surveyed, students responded that, in their view, family businesses have the advantage over large corporations whose shares are free floating. These criteria include a “good working atmosphere and team spirit”, the opportunity to work independently and flat hierarchies. 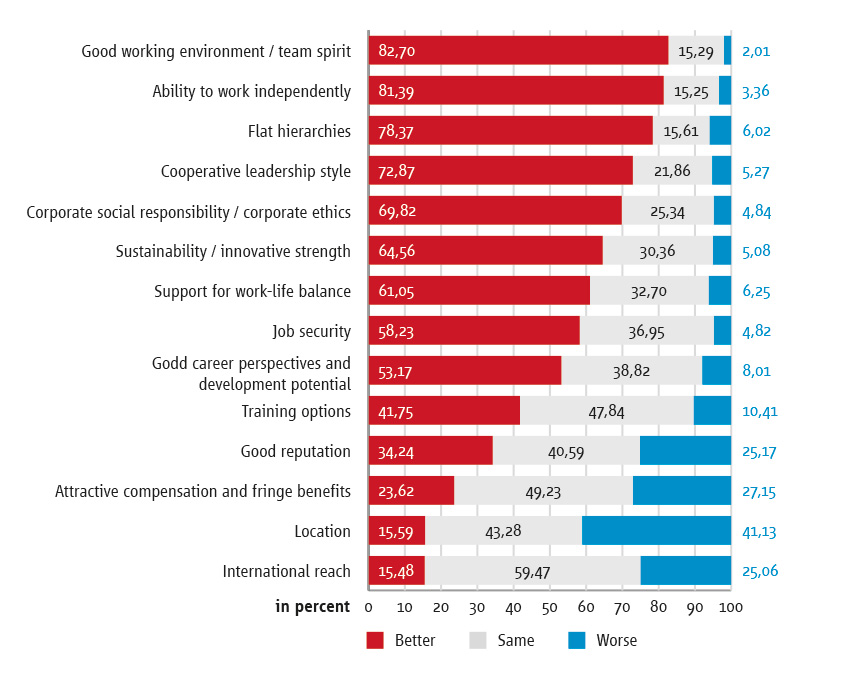 The 500 largest family businesses alone pay almost as much income tax as the 27 DAX companies that are not family-controlled. In the years 2009 to 2013, an average 28 percent of their profits went for corporate tax, trade tax and capital gains tax, according to a 2016 study by the Ifo Institute commissioned by the Foundation for Family Businesses. Non-family-controlled DAX companies contributed just 25 percent of their profits. If we factor in the income tax paid by members of partnerships and the withholding tax on dividends paid by family-owned limited companies, family businesses pay an average of 40 percent tax, while the tax burden for DAX companies and their shareholders amounts to only 33 percent.

Building trust: Risk and control in the same pair of hands

In family businesses, responsibility has a human face: risk, liability and control are in the hands of the owner. This means that these entrepreneurs are able to build what other parts of the economy have already squandered: trust. According to a Forsa survey commissioned by the Foundation for Family Businesses, 88 percent of Germans trust family businesses. This is much higher than the proportion who trust their own government (30 percent) or international corporations (15 percent) whose shares are free floating.

What is more, research is providing initial indications that family businesses can also influence the wider social fabric: areas where the social structure works particularly well and trust between people is high tend to have large numbers of family businesses in their local economies.

A common indicator of high social capital is a high level of trust in fellow citizens. A feeling of safety and well-being is an asset in itself, and one that makes people more productive. Employers play a part in this too. In regions with large numbers of family companies, respondents are more likely to report high levels of trust than elsewhere. They also report having more friends and greater civic involvement. However, research in this area is still in its infancy.

Owners of family businesses have close ties with the regions in which they operate, and assume social responsibility in a multitude of ways. In their local communities, they sponsor social and cultural projects that are funded through foundations and donations. According to the National Association of German Foundations, more than 50 percent of the assets of non-profit foundations derive from business activities. An additional 28 percent is provided by legacies and gifts. A large portion of this money, too, is generated through business activities.