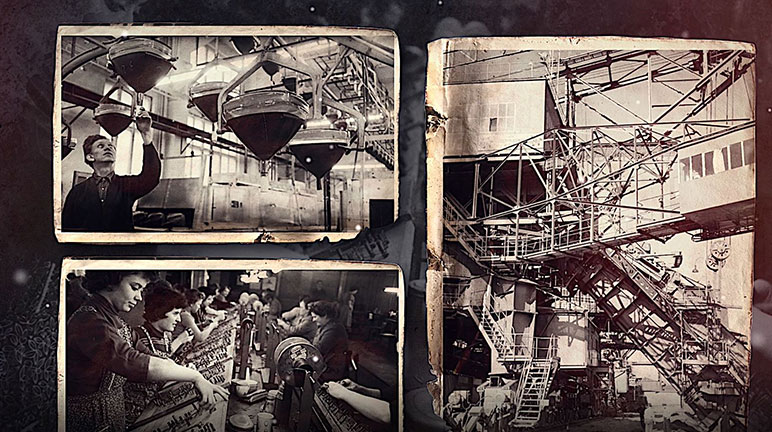 Displacement, Dispossession, New Beginning:
an exhibition on family businesses in eastern Germany from 1945 to today

To mark the 30th anniversary of German reunification, a new exhibition sheds light on the eventful history of family businesses in eastern Germany. First on display at the House of Family Businesses in Berlin, the exhibition is currently on tour. For more information click here. The exhibition is also available for virtual viewing online.

The exhibition is based on two studies which provide a comprehensive examination of the history and importance of family businesses in the states of the former East Germany. The study on industrial family businesses in eastern Germany, "Industrielle Familienunternehmen in Ostdeutschland" looks at developments in eastern Germany from the imperial period to Socialism and then on to today. The study on the development of family businesses in the new federal states, "Die Entwicklung der Familienunternehmen in den neuen Bundesländern" analyses their economic importance in the new states today.

To the virtual exhibition (German only)

The Second World War and socialism in the GDR inflicted lasting damage on the economy and corporate landscape in eastern Germany. Many companies were lost because businesses moved from East to West Germany (the Federal Republic of Germany), while others were dispossessed or discontinued their operations. This caused huge damage to the economy and to society.

A study authored by historians Dr Rainer Karlsch of the Institute of Contemporary History (Institut für Zeitgeschichte München-Berlin, IfZ) and Dr Michael Schäfer of Dresden Technical University (TU Dresden) shows how a landscape once rich in strong family businesses was damaged by war, occupation and socialism – but became once again the driver of growth and employment after the Socialist Unity Party of Germany (Sozialistische Einheitspartei Deutschlands, SED) was overthrown.

The study also analyses the ominous dynamics of the GDR’s socialist planned economy, whose encroachments on business and private property became increasingly severe. To begin with, the SED took a thoroughly systematic approach to ensuring that entrepreneurs in the GDR were worse off, for example through high taxes (“capitalist rates”), which made better performance unprofitable – a phenomenon which the study refers to as a “tax war” on family businesses. The SED allocated the GDR’s scarce means of production primarily to state-run businesses.

Dispossession in the GDR's socialist system

The SED leadership dealt its final blow to the remaining small and medium-sized enterprises in 1972 when the Party decided to nationalise more than 11,800 businesses. Thereafter, entrepreneurial activity could continue only in the trades, the retail sector and hospitality. Between 1971 and 1989, the private economy's share of the GDR’s net product fell from 15 to 4 percent – a result considered politically desirable by the Party.

Many entrepreneurs nevertheless demonstrated huge resilience even during the socialist era and the Cold War years. They were able to secure the continuation of their businesses over a prolonged period through commitment and creativity despite economic and political meddling by the GDR’s leadership. Many entrepreneurs continued to work in their own repossessed businesses as heads of what were now nationally owned enterprises.

Following reunification, many business owners reconnected with their pre-socialist activities and revived their businesses. This is evidence of the unshakable trust eastern German family businesses had in their own abilities and of an exceptional will to assert themselves and shape their destinies, all passed on through several generations. 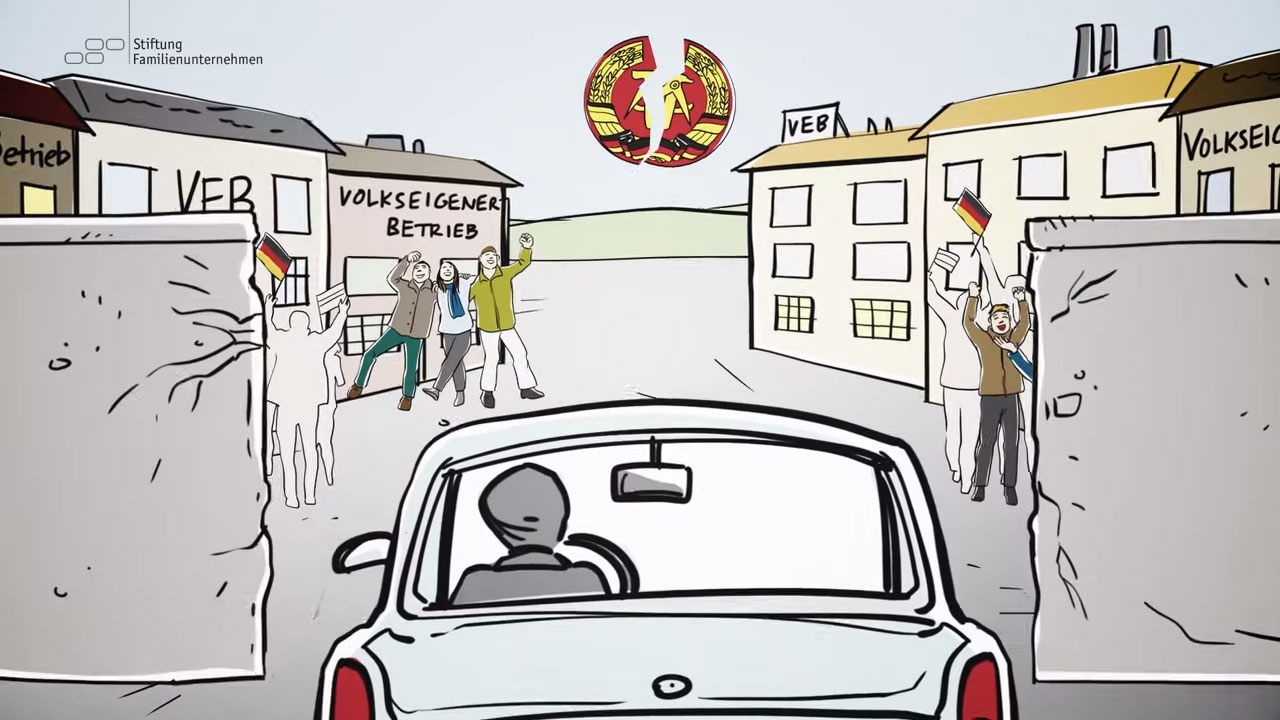 Many family businesses are returning to their roots

Once the socialist era was over, a number of family businesses which relocated from East to West after the Second World War returned to the very places where they were established. They now have sites in the eastern German states; some even have relocated their head office to the new states in the East.

The motivations of those returning were rarely of an economic nature alone: emotional reasons and the determination to make a contribution to the rebuilding of the new German states and to society were just as important. A medium frequently chosen in the 1990s was privatisation via a management buy-out or buy-in, and Germans from East and West often came together with this goal in mind.

The corporate landscape of eastern Germany’s economy has changed considerably as a result of a large number of new businesses established following the rebuilding of the East. New cores of growth and clusters have been created primarily thanks to investments from family-led small and medium-sized enterprises. Examples of this can be found in all federal states in former East Germany.

In four short video clips, family business owners share their memories and experiences during the GDR era, the fall of the Berlin Wall and thereafter.

An evaluation of more than 4,500 businesses shows that eastern German family businesses once again occupy a strong position in many industries, numbering among Europe’s leaders when it comes to the production of glass, paper, foils and sweets. A recovery has also been achieved in the manufacture of musical instruments, clocks, toys and eyeglasses. The eastern German construction industry, too, has recorded a positive development. By contrast, large segments of mechanical engineering, consumer goods and electrical engineering/electronics have suffered losses.

The authors summarise their findings as follows: “All told, small and medium-sized enterprises have led the way in the gradual reindustrialisation of eastern Germany’s economy, which has had a positive effect on the development of the job market”. The German government also acknowledges this achievement in its Annual Report on the Status of German Unity.

“40 years of socialism have left their traces. But the fact that 92 percent of all businesses in the states of former eastern Germany have returned into family hands is evidence of huge creative energy. They form part of our social and cultural DNA in all parts of Germany.”
Stefan Heidbreder,
Managing Director of the Foundation for Family Businesses

More than 30 years on from the fall of the Berlin Wall and German reunification, the overall picture is a rosy one: the vibrant landscape of family businesses is not the only thing eastern Germany possesses. Since the end of socialism, we have also seen the corporate landscape in the former eastern German states aligning itself to that of the western German states. A study commissioned by the Foundation for Family Businesses and conducted by ZEW provides a clear illustration of this point.

92 percent of businesses in eastern Germany are family businesses – their percentage is thus higher than in the West (88 percent). The federal states with the highest percentages are Thuringia (93 percent), Saxony-Anhalt, Saxony, Mecklenburg-Western Pomerania, Rhineland-Palatinate and Brandenburg (92 percent each). 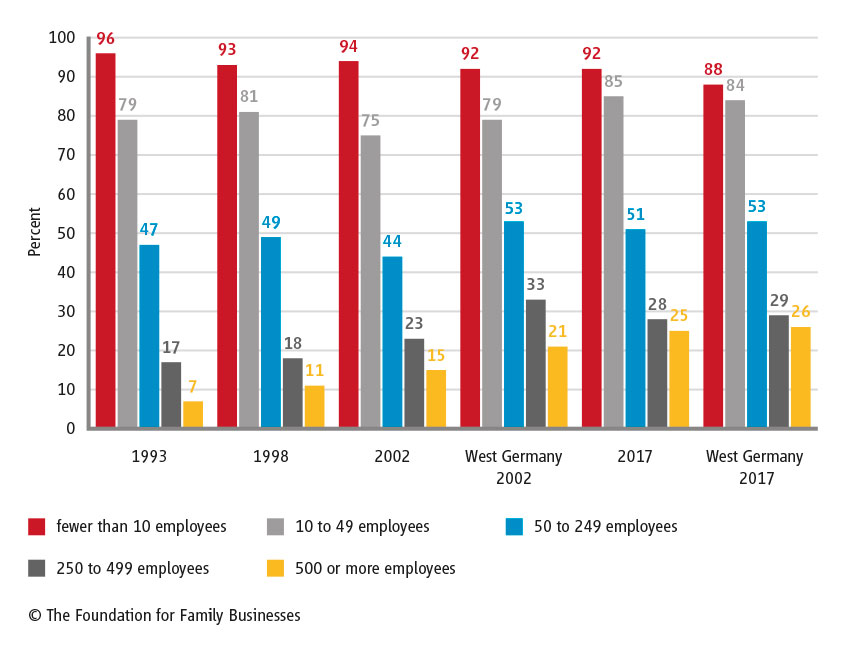 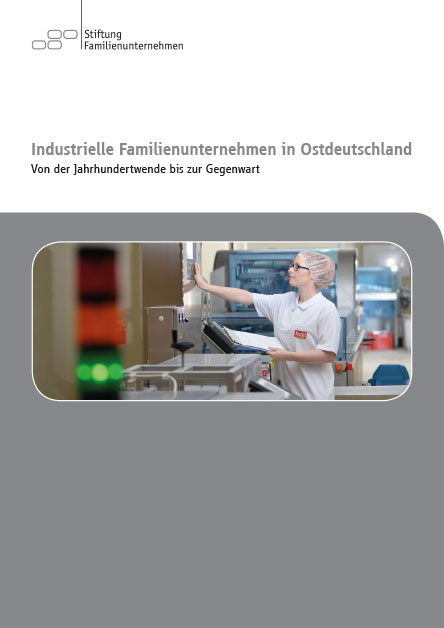 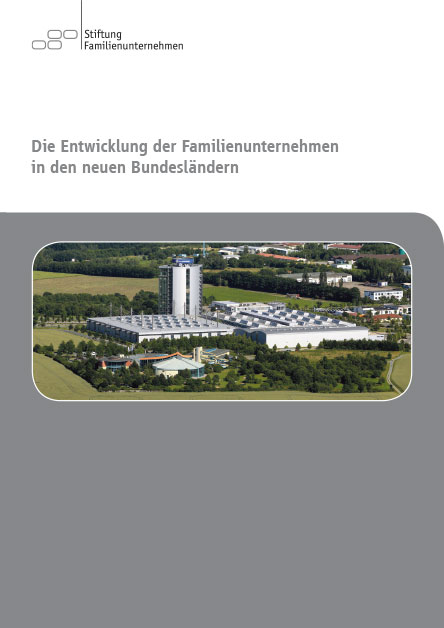 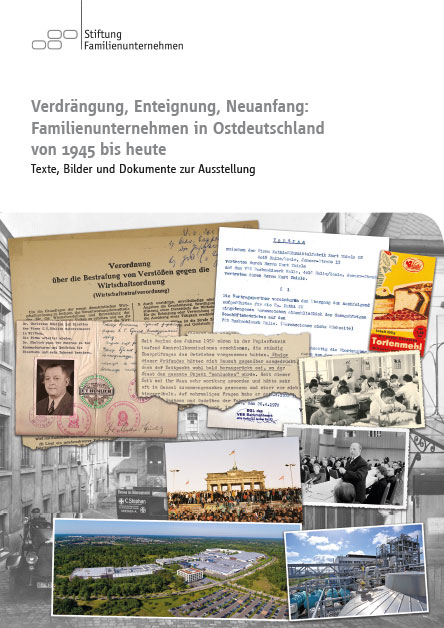 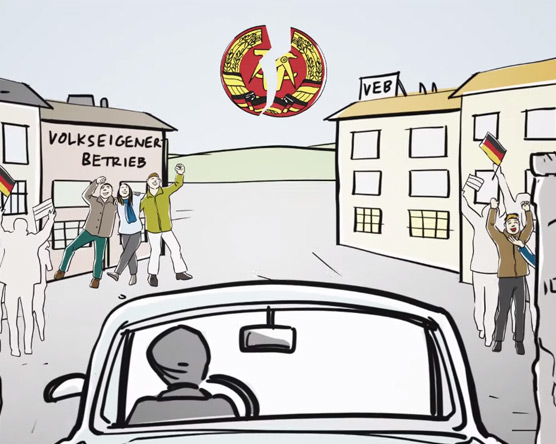 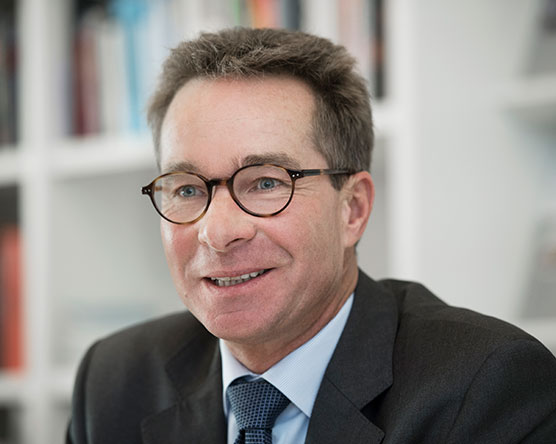 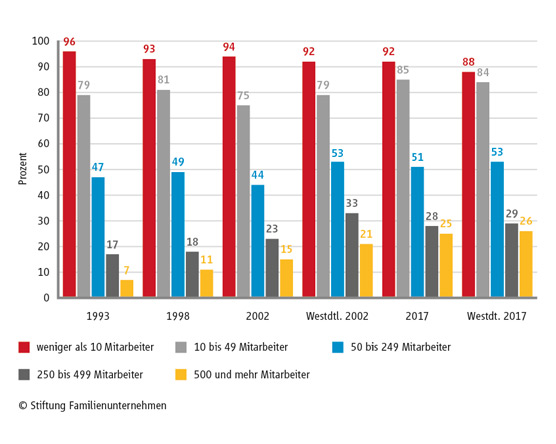